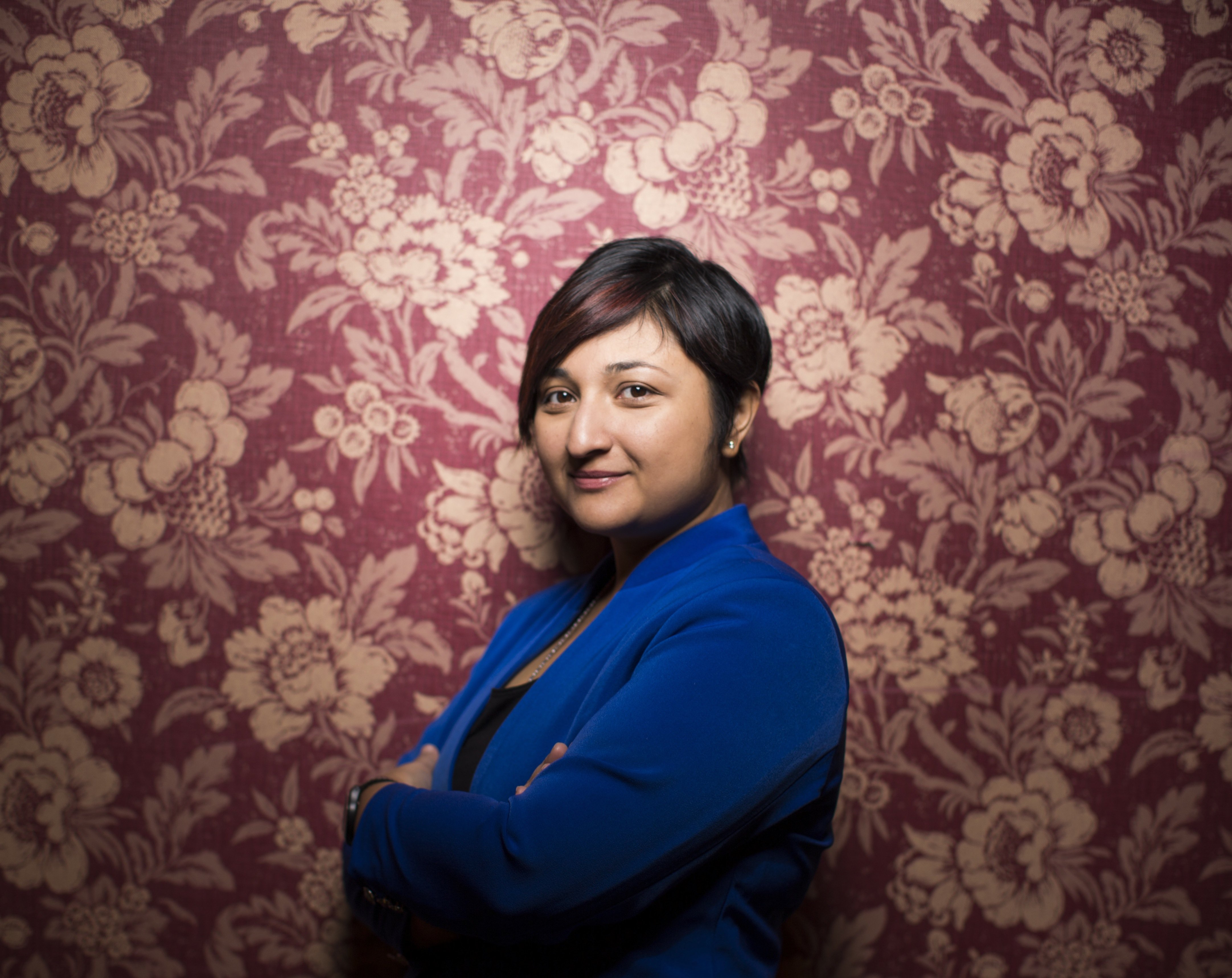 To book Sharmistha Ray for a speaking engagement, or to inquire about their speaker fees, please click here.

Sharmistha Ray is a seasoned public speaker based in Brooklyn, New York. Over the past 15 years, Sharmistha has spoken at some of the world’s leading conferences, including TED, SXSW, and Art Basel, on topics including contemporary art, gender equality, LGBTQIA+ issues, and their South Asian identity. Through their art and writing, Sharmistha continues to be a passionate and visible advocate for LGBTQIA+ causes in America and India. As a TED Fellow, Sharmistha has attended a TED Conference in Mysore, India (2009); two worldwide TED Fellow Conferences in Whistler, Canada (2013) and Asilomar, USA (2015); and TED Women in New Orleans (2017).

In 2019, Sharmistha was invited to speak at Art Basel Miami Beach on the panel Stonewall at 50: What Now? with Stuart Comer (Lonti Ebers Chief Curator of Media and Performance, Museum of Modern Art, New York), Carlos Motta (artist, New York), and AA Bronson (artist, Berlin). That same year, Sharmistha was invited to speak on a panel at SXSW in Austin, TX, on Womanhood and Entrepreneurship. They talked about how race and ethnicity create barriers for women in creative businesses, and how we can overcome them. In 2013, Sharmistha gave a TED Talk in Whistler, Canada, about the intersections of art, sexuality, and migration. They talked about the creative challenges of making art while navigating queerness across different cultures.

Sharmistha is gender non-binary and uses she/they pronouns. In 2015, Sharmistha was one of the faces of Ungender, a high-profile public service campaign by FOCUS, a city-wide photography festival in Mumbai, and the India edition of Elle. The campaign, which focused on gender non-conformity and expression, resulted in a public arts exhibition at a prominent shopping mall, and a feature in the magazine. They were quoted as saying, “Gender is not merely a biological construct or social binary: it’s a powerful personal expression, at once privately maintained and publicly performed.”

In 2016, Sharmistha was selected by Absolut Vodka to be one their ambassadors for the launch of Absolut Colors, a signature bottle celebrating diversity and the queer community in India. The same year, Buzzfeed profiled Sharmistha as one of “19 Badass Indian Ladies Everyone Should Look Up To.” The following year, Sharmistha was a guest judge for Mr. Gay India. During the 50th Anniversary celebrations of the Stonewall riots, Sharmistha was quoted in the article, “It’s Gay Pride Month in America and Indian Americans and part of it,” for CNBC-TV18 by Lavina Melwani.

Sharmistha has been featured in and/or written numerous times for the online and printed India editions of lifestyle magazines like Vogue, Elle, Harper’s Bazaar, and Grazia; as well as Femina (India’s leading magazine for women), Man’s World, and Verve. They have been quoted, mentioned in and/or written for publications that include FT: How to Spend It and India Today; the India editions of Condé Nast Traveler, and Forbes; and leading international and national dailies including Times of India, Mint Lounge/Live Mint, Neue Zürcher Zeitung (NZZ), DNA India, The Hindu, mid-day, Mumbai Mirror, Bombay Times, Hindustan Times, The Indian Express, The Economic Times, and others.

Interviews with Sharmistha have been published in Art Basel Magazine; on the TED Blog and TED Fellows Blog; as well as SheThePeople.tv and the popular South Asian American blog, Lassi with Lavina.

Their personal essays have appeared on the TED Fellows Blog and in The Telegraph, a leading daily newspaper in Kolkata, India.